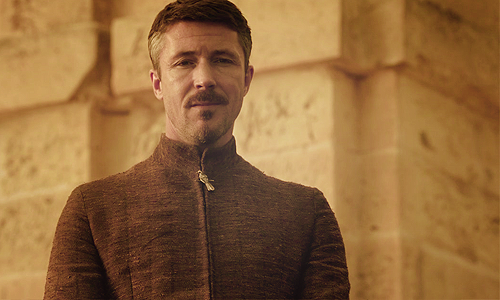 Many sociopaths have two relationship categories they put others into: the possessions and the exploits.  Both are important and the sociopath will work to keep both intact and in relatively good standing as long as the relationship remains beneficial…or at least does not become harmful.  Given sociopaths use everyone around them and can easily abandon even those closest to them without a second thought we need first to distinguish between possessions and exploits.

Possessions are those the sociopath loves; the individuals they’ll never completely let go, work to protect from others, and strive to both get and keep even if it might prove a risk to them.  For whatever reason those filed under possessions make the sociopath feel something consistently and deeply enough that they wish to keep them around even if they can’t get everything they want out of the person.

The alternative is an exploit, which is pretty much everyone else that’s useful to the sociopath.  They’re to be taken advantage of until no longer beneficial and then tossed away like an empty carton of ice cream.  There’s no feelings attached to these people and they get no protection outside what the sociopath might give to cover their own ass – basically if an exploit is still needed, but in trouble, the sociopath will work to help them only so they themselves don’t fall into danger.  If lost in some way an exploit can usually be replaced or their absence worked around with little distress.

This categorizing of people is something Petyr “Littlefinger” Baelish does in the series Game of Thrones with the four women who end up closest to him – Catelyn, Lysa, Ros, and Sansa.

Catelyn (Tully) Stark definitely qualified as a possession to Littlefinger.  It’s possible she started out as an exploit – an easily accessible highborn girl he could seduce and marry to raise his status – but at some point in their childhood Littlefinger ended up legitimately falling in love with Cat.  So much so he risked his life to try and win her hand when they were young.  The clearest indication she was a possession is that he never completely let her go.  Like Hannibal Lecter with Clarice Starling in a previous piece Littlefinger had no trouble functioning for years without her in his life, but the moment she reappeared his feelings seemed to return fully.  He betrayed her husband to remain safely on the winning side, yes, but also to eliminate the competition so it’s no surprise he promptly suggested they get together after the man’s execution.  That he made the overture while returning Ned’s body to her showed both his lack of empathy and almost single-minded desire to have Cat for himself.  (It’s really a shame the show didn’t explore his initial reaction to Catelyn’s murder as it might’ve clarified his level of caring even further – loss of a possession may arouse signs of general upset, loss of an exploit little more than a shrug of the shoulders.)

A mirror to Catleyn is her younger sister, Lysa (Tully) Arryn.  Despite (or perhaps because of) a crazy obsession with Petyr she was never his initial target for seduction and marriage, but was kept as one of his exploits instead.  I’d say favorite, but that’s a strong word…maybe most valuable?  Either way Lysa’s someone he remained charming to so he could get her to do important and dangerous things for him – like kill her husband and blame the wealthiest family in Westeros for it, which just happen to be some of the catalyst events for the entire series.  While Petyr kept a physical distance from her for a long time he ultimately married her when it proved more beneficial to do so.  In exchange for the marriage Petyr became Lord of the Vale, thus adding another title to the ones he’d been racking up.  Lysa, on the other hand, got shoved out the Moon Door by Petyr when she tried to kill her niece, Sansa Stark, and started to spill every secret she ever kept for him in a jealous rage.  Littlefinger felt nothing for her; he had no trouble using and then discarding her once she ceased being valuable to him.  I have little doubt he was kind to her when they were children both to appear in a good light to Catelyn and set up a beneficial relationship to play upon later, but none of his interest in Lysa was remotely genuine outside what she could do for him.

As one of his prostitutes Ros was most certainly an exploit.  Someone to make money off of even after he seemed to trust her enough with extra duties and to tutor her in his business.  Perhaps he thought her more clever than others in his employ, but he never cared about her.  She was there to gather information on clients (like any other who worked for him), assist in his paperwork, and aid in running his business when he was too busy to be hands-on himself.  That was the extent of their relationship; he had no real feelings for her outside what she was worth to him.  Petyr himself confessed – in a calm, gently-toned, speech that rivaled one of Ramsay Bolton’s giddy grins in shudder-worthiness – that she was an investment and if she proved a bad one she’d go the way of a previous woman he’d sold off to be tortured (presumably) to death.  True to his word the moment she was detrimental to him Littlefinger sold Ros to Joffrey to meet the same death-by-torture fate…though I doubt it ever haunted him.

Everyone knows that Petyr has a certain affection for Sansa Stark (let the creepyship flags fly!), but whether he’d qualify her as a possession or just a very special exploit is still yet to be seen.  Their story is ongoing and many of Littlefinger’s actions involving Sansa can be read multiple ways: romantic, opportunistic, or both.  His frequent references to how much she is like her mother, Catelyn, can be seen as genuine overtures to a suitable replacement for his lost love.  It can also be seen as sweet-talking an impressionable young girl to make her feel special and cared-for in a dangerous place (or five).  Killing her tormentor, King Joffrey, and stealing her away from the capital could be seen as a heroic act, but those things benefit him as well.  Helping the Tyrells get rid of Joffrey worked to solidify his alliance with them and taking off with Sansa pretty much gave him a portable ace up his sleeve.  Marrying her off to Ramsay was a smart move for Petyr because it helps him cover even more of his bases as wars continuously break out, but it was ultimately a terrible one for Sansa.  The question is: did Petyr knowingly marry Sansa to a sadist rivaling Joffery without caring for her safety or did his simply miscalculate?  The truth is unless Petyr is made aware of Sansa’s time at Winterfell and current status (whatever that may be, thanks cliffhanger!) it’s impossible to tell.  But if she’s a possession he will likely go after her to repair any damage to their relationship as well as seek revenge upon the Boltons if at all possible; if she’s an exploit he’ll likely still go after her so long as she’s a valuable asset, but revenge is unlikely unless it benefits him as well.  Only time will tell…