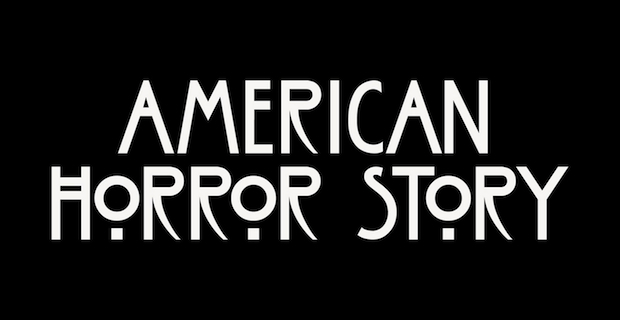 It is well-known by now that the show, American Horror Story, uses true crime stories in each of their seasons either directly (with their own respective twists) or as inspiration.  Everyone from the Black Dahlia to John Wayne Gacy to the Zodiac killer have shown up in one way or another.  There have also been a few on each season that went unnoticed or overlooked.  Whether it be Richard Speck or those behind the Wineville Chicken Coop Murders every season of the series has had at least one real life horror story shown.

In the first season American Horror Story gave its take on one of the most infamous unsolved murders in American history…that of Elizabeth Short, better known as The Black Dahlia.  They also displayed their version of a school shooter via Tate Langdon and a little bit of the Lindberg baby with the Montgomery infant being kidnapped and ending up dead (though the circumstances on the show are very different, not in the least because the baby was very deliberately murdered).  However, there was another notorious murderer covered that may have gone unnoticed by certain viewers — Richard Speck, who committed the 1966 Nurse Murders.

On the show the killer is R. Franklin who, in 1968, fakes an injury to gain entry into what was then a nurses’ dormitory.  While most of the students had already left two remain; one he drowns in an upstairs bathroom before stabbing the other to death.  It’s rather disturbing, but no where near as disturbing as the real crime it’s based on.

In 1966 a man named Richard Speck managed to get inside a townhouse that doubled as a nursing student dormitory – whether he broke or forced his way in is even now a matter of debate – and killed eight nursing students during the hours he was there.  Gloria Davy, Patricia Matusek, Nina Jo Schmale, Pamela Wilkening, Suzanne Farris, Mary Ann Jordan, Merlita Gargullo, and Valentina Pasion were all bound and gagged in a room as, one by one, Speck led them out to strangle or stab to death.  The final victim, Gloria Davy, was also raped before being strangled.

There was a ninth student, Cora Amurao, who managed to survive by hiding under a bed in the room the women were held in.  It’s believed that Speck either lost count or was unaware she was ever there to begin with.  The young woman stayed hidden until approximately 6 AM the next morning when she fled to get help.

It was noted repeatedly how the season’s main killer, Bloody Face, was partly based upon real life serial killer, Ed Gein.  Another killer on the show may also have come from a true story (or two) and that’s the murderous Santa Claus played by Ian McShane.  There were two big cases concerning men who dressed up as Santa as they murdered, one occurring in 2008 and the other in 2011.

The killer Santa in American Horror Story is Leigh Emerson, a petty thief who, after being brutalized by other prisoners while guards sung carols, has a psychotic break and goes on a murder spree at Christmas before ending up in Briarcliff Asylum.  It’s both a spectacular and unnerving storyline.  The real stories are equally unnerving, but pathetically mundane.

Bruce Jeffery Pardo arrived at a 2008 Christmas Eve party held in the LA home of his former in-laws dressed as Santa and opened fire on the twenty-five guests.  Using both a semi-automatic handgun and flamethrower he killed his ex-wife, eight former in-laws, and severely injured an eight-year-old girl when he shot her in the face as she ran to greet him.  Afterwards he fled to his brother’s home where he also killed himself.

On Christmas Day of 2011 it was a man named Aziz Yazdanpanah who, dressed like Santa, opened fire in his estranged wife’s apartment.  He killed six, including his wife, children, and a few of his in-laws.  Like Pardo, he then killed himself.  Also like Pardo – who’d been fired a short time prior to his attack – Yazdanpanah also had recently been having issues not just in his personal life with his family, but his professional life as well, having filed for bankruptcy.

Marie Delphine LaLaurie, better known as Madame LaLaurie, was a big part of the third season.  Played by Kathy Bates she was wealthy woman from New Orleans who relished in torturing and killing her house slaves in various terrible ways.  The truth of the woman’s cruelty was actually far less extreme.  While there was clear evidence that LaLaurie did brutalize her slaves – chained them to prevent overall movement, starved, whipped until flayed, and mutilated them – only two bodies were found.  One was of a child who fell off a roof to avoid a whip-welding LaLaurie, but the other was not specified.  That doesn’t mean she didn’t kill more, but the portrayal in American Horror Story is a fantastical one (even without the living forever bit).

The other real life serial killer that appears in the third season is The Axeman of New Orleans, portrayed by Danny Houston.  In the show the man is a jazz musician with a side hobby of murder via his favored ax who is ultimately lured and killed by a house of witches.  …Obviously the true story is a little less fantastical.  While not much was known about the killer given he was never caught there were approximately seven deaths (and seven severe injuries) credited to him.  Frequently he used an ax or razor blade that was owned by his victims and then left it at the scene.  His victims also tended to be Italian Americans with his focus being on women – when men were attacked it appeared more as an elimination of a threat.  The letter claiming he would spare those who played jazz on the show was a real one, written in March 1919, which was published in the newspapers; also true was that there were no murders that night.  That said, unlike the show, the attacks continued afterwards up until October 1919.

Have to admit, the fourth season of American Horror Story doesn’t have much in the way of “real story you didn’t know” concerning serial killers.  The clown, Twisty, and Dandy Mott are sort of a mix-and-matched version of John Wayne Gacy, but most know about him.  Given the nickname, “The Killer Clown”, Gacy sexually assaulted and killed at least 33 young men and boys throughout the 1970s in Illinois.  When not murdering he lived a seemingly normal life of husband, father, businessman, and volunteer frequenting parties as “Pogo the Clown” (hence his moniker).

There are two (related) real life murders that are connected to the show most may be unaware of.  That’s the real story surrounding “The Lobster Boy”.  Unlike the troubled, but overall decent young man played by Evan Peters on the show, the real life Lobster Boy was more Dell than Jimmy.  His name was Grady Stiles Jr and he was a violent drunk who came from a long line of those with the deformity, ectrodactyly, which caused the “lobster claw” hands.  Married twice to the same woman, Mary Teresa, with four kids (two of whom had the same disorder) he worked the traveling carnivals and freak shows with his children.  Unlike on the show, Grady had stunted legs and feet leaving him unable to walk and using either a wheelchair or his hands and arms to get around.  Despite his disabilities Grady proved capable of murder when he shot and killed his eldest daughter’s fiancee the night before their wedding in 1978.  Though he confessed and was convicted of third degree murder prisons weren’t equipped to deal with people who had deformities like his so Grady was given fifteen years probation instead.  In 1992 Grady himself was shot and killed by another performer, Chris Wyant, who was paid $1500 by Grady’s wife and step-son, Harry Glenn Newman Jr for the hit.  …His wife claimed she was suffering from being a batter wife and it a misunderstanding – she said “something has to be done” after another fight and her son passed the message onto Wyant who then took it upon himself to kill Grady – but jurors convicted her son and Wyant of the murder and her of accessory.

American Horror Story: Hotel was rich with serial killers…so much so they have a party!  John Wayne Gacy, Jeffrey Dahmer, Richard Ramirez, and Aileen Wuornos all made appearances.  And their collective mentor, James Patrick March, was based on the infamous H. H. Holmes.  Like Mr March, Holmes built a hotel for the purposes of ensnaring, murdering, and disposing of numerous victims and it’s believed he may have killed hundreds.

What might’ve been missed by the audience was the subtle reference to another serial killer, Gordon Stewart Northcott.  In the show a ghost named Miss Evers tells the story of how her son was snatched off the streets while trick or treating never to be seen again.  What is found is his ghost costume in a chicken coop out in the countryside after the police have arrested a man on a series of child murders.  It is a brief outline of the true story of murders committed by Northcott between 1926 and 1928 in Wineville (now Mira Loma), California.

In 1926 nineteen-year-old Northcott took his thirteen-year-old nephew, Sanford Clark, from a Canadian boy’s home with permission of the boy’s parents and began physically and sexually abusing him.  By 1928 Clarck was confessing to his sister (who came for a visit), Jessie, that he was also the unwilling accomplice in the kidnapping, molestation, and murder of at least three boys (and that Northcott’s mother was also an accomplice, but a willing one).  Clark also stated that Northcott killed another boy on his own and then forced Clark to help in disposing of the youth’s head by setting it on fire then crushing it to pieces while the body was left on the side of a road.  Clark also explained that the other three boys’ bodies were disposed of via quicklime, then buried…when the police searched the Northcott chicken ranch they found all three gravesites, but only found parts of bodies rather than entire bodies.  The events that came to be known as the Wineville Chicken Coop Murders so disturbed California residents that the town changed it’s name to Mira Loma by November 1930.

We don’t yet know what season 6 will hold, but there are still a lot of real life horrors American Horror Story hasn’t touched upon yet.  There’s the Boston Strangler, the Daytona Beach killer, the Grim Sleeper (who strangled women in LA from 1985-2007), and countless other either known or unknown murderers.  Of course, whichever true crime story they bring to life, I’m sure they’ll add their own, unique, and entertaining twist to it.